Acting in Good Faith – What does this mean in a real estate agreement? 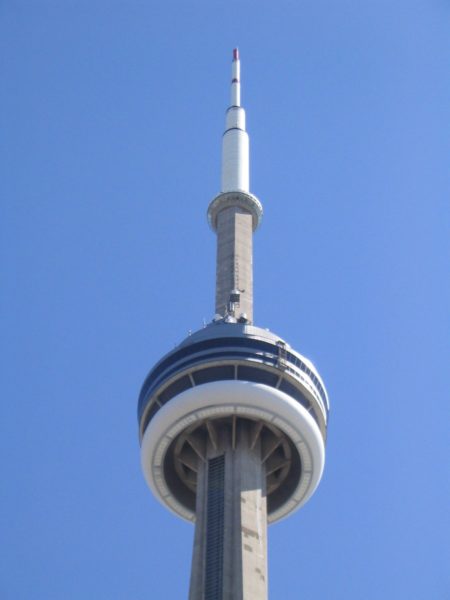 Is there a duty to act in good faith? Did you know that sole and absolute discretion financing, home inspection or even a lawyer’s approval conditions won’t let a buyer terminate for buyer’s remorse!

Here’s the bottom line: In Canada, there is no independent stand alone duty to act in good faith, neither in the negotiation nor performance of resale residential agreements of purchase and sale however the case law illustrates that there is an implied (as opposed to statutory) duty of good faith in the performance of a contract “not to act in a way that defeats or eviscerates the very purpose and objective of the agreement”. This means that during negotiations you can bargain hard and in your own best interest only, without regard for the other party’s legitimate interests (while not being legally unconscionable), but once the contract has been formed, there is an implied duty not to act in a way that defeats the purpose for which the parties signed the contract. Courts have construed agreements to impose implied good faith duties “to cooperate in the accomplishment of the objectives of the agreement”, “to exercise contractually conferred discretionary powers for the intended purpose” and “to refrain from evading contractual duties by doing indirectly what one agreed not to do directly”.

What does good faith in an agreement or contract mean?

Although it has no technical meaning, “good faith” is a term used to describe that “state of mind denoting honesty of purpose, freedom from intent to defraud and generally speaking, means being faithful to one’s duty or obligation” or “an honest intention to abstain from taking unconscientious advantage of another”.

How does the duty to act in good faith affect the conditions that we usually see in resale residential agreements of purchase and sale: for instance, obtaining financing, receiving a home inspection report, or arranging insurance, satisfactory to the buyer in his sole and absolute discretion? These conditions allow a buyer to terminate the agreement if he can’t satisfy the stated and bargained for condition, but NOT for any other reasons, for example, buyer’s remorse. A buyer should not be permitted to use his financing condition, or home inspection report or any other condition not expressly addressing buyer’s remorse to get out of a deal for buyer’s remorse because that wasn’t part of the bargain and he would be acting without good faith in a way intended to bring a contract to an end for an undisclosed reason without regard to the legitimate interests of the seller.

Here’s some practical suggestions for those with an appetite for knowledge.

If a buyer is concerned about buyer’s remorse, a condition should be inserted allowing the buyer to terminate for any reason, in his sole and absolute discretion, within x days after acceptance. If such a condition were to be inserted then the buyer could terminate for any change of heart because that’s what he bargained hard for during the negotiation stage, and the seller knew it. Perhaps few sellers, if any, would accept such a condition, but then buyers shouldn’t be entering into contracts they have little intention of performing, and if they have little intention or, need a spouse’s or other person’s approval, then they should include a “buyer’s remorse” condition and not try to evade their obligations by trying to escape for a reason they haven’t bargained for.

When acting for sellers, you must advise them that they don’t have to accept the buyer’s conditions, or that they should attempt to negotiate restrictions or limitations on the scope of the buyer’s “sole and absolute discretion”. For example, replace the buyer’s financing condition with one having reasonable objective criteria, such as the agreement is conditional on the buyer finding a 1st mortgage with a principal amount not exceeding $x, at an annual interest rate not exceeding y%, for a term of not less than z years. The seller’s agent should ask the buyer what he’s looking for and then amend the buyer’s condition accordingly. Similarly, a seller could tighten up the buyer’s discretion regarding a satisfactory building report by inserting a qualifier that the buyer must disclose the reason for wishing to terminate and afford to the seller the opportunity to elect to attend to the repair, or notwithstanding the foregoing, only where the cost of the repair exceeds $x will the buyer be permitted to terminate. In each of the examples mentioned above, the seller can restrict the buyer’s discretion by inserting objective criteria.

Many buyers think that financing is a malleable condition allowing them unlimited discretion to terminate. In my experience, no banker would issue a written financing rejection letter merely to help out a good client where the buyer would otherwise have been approved for financing. Many clients think that they have their account manager “in their pockets” – they don’t – and they’ll be sadly disappointed when the account manager defers in favour of his own job security over giving the buyer/client an unfounded and untrue rejection letter. The bank won’t be part of the remorseful buyer’s collusion or conspiracy.

A party who has failed to use his reasonable efforts to fulfill a condition will not be permitted to rely on his failure to escape or terminate the contract. The concept of good faith forces the buyer to usual reasonable efforts to satisfy his conditions, for example, the buyer must apply for financing and be attentive and diligent to the application process. When I act for sellers, I ask the terminating buyer to provide me with a copy of his lender’s rejection letter. If they present one, I follow up with the lender. I think that it’s incumbent on seller’s agents and lawyers to investigate the good faith of the terminating buyer. Unfortunately, the cost and the time involved in resale residential transaction litigation far outweighs the benefit and most sellers accept the “unlawful” termination, relist the property and move on. Sometimes though the price of the property may be sufficient to cause a seller to litigate. I wouldn’t like the odds of successfully defending a terminating buyer who terminated for a reason not bargained for.

I have heard some lawyers advising clients who are concerned about the potential for buyer’s remorse to insert a condition to the effect that the buyer’s lawyer must be satisfied with the contract, and then the lawyer will help out by saying that he’s not satisfied with the contract and the buyer may terminate. There’s a nasty lesson to be learned if buyers follow that advice. <strong>Lawyers can suggest termination if there is a legal reason to do so, not because of buyer’s remorse.</strong>

A party “cannot use his own breach or default in satisfying a condition precedent” to escape a contract and a party “in breach of his obligation to do what is required to complete a transaction cannot terminate the agreement by relying on a time of the essence clause”.

What standard or level of performance is required by a party under a duty of good faith? There is an infinite list of possibilities of standards of performance for discharging one’s obligations, but, as mentioned above, the starting point is that a party must use his reasonable efforts i.e. taking all reasonable steps to achieve the objective of the contract, but not to the extent of leaving no stone unturned. A party acting in a capricious or arbitrary manner is not acting in good faith.

So, if you have promised to do something and without good faith fail to do it, you won’t be allowed to terminate the contract. It is not acting in bad faith to terminate a contract based on the other party’s failure to perform even where termination benefits the non-defaulting party.